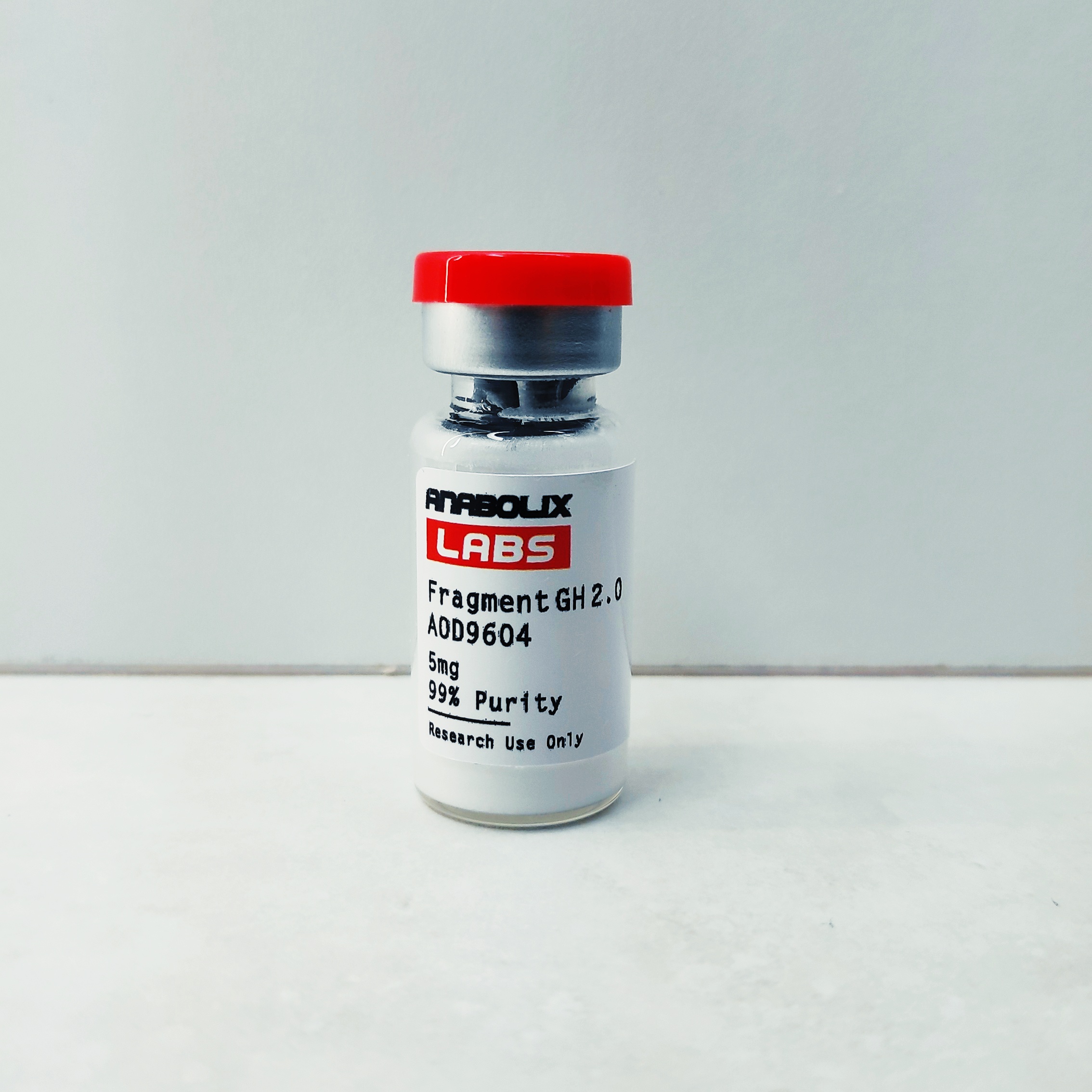 AOD9604 is a peptide fragment of the C-terminal region of human growth hormone (hGH), spanning amino acids 177-191, containing a lipolytic domain. Research shows that AOD9604 mimics the positive effects of hGH without the negative effects attributed to it, including associated with increasing the level of insulin-like growth factor 1 (IGF-1). It also has a favorable safety profile and is well tolerated.

AOD9604, also known as Lipotropin, is a molecule originally developed and patented in Australia as a candidate for a potential obesity drug. The hGH amino acid fragment 177-191, similarly to unmodified hGH, shows a strong lipolytic activity. This action probably takes place, among others by direct modulation of the expression of β3-adrenergic receptors, the activation of which leads to an increase in lipolysis in adipose tissue and an increase in thermogenesis in skeletal muscle tissue. The effects of enhanced lipolysis were observed only in animals with excess body fat.

The modification of the hGH fragment allowed the isolation of the lipolytic domain and reduced side effects. What distinguishes AOD9604 is the lack of negative influence on metabolic parameters commonly associated with the use of hGH. Animal model studies did not show a negative effect of AOD9604 on insulin sensitivity, glucose tolerance, or IGF-1 levels. This suggests a different mechanism of action of AOD9604 than mediated by IGF-1. The undoubted advantage of AOD9604 is also its good bioavailability after oral administration and after inhalation. HGH must only be used by the parenteral route, mostly by subcutaneous injection. In summary, isolating the beneficial properties of hGH and eliminating the negative effects on carbohydrate homeostasis at the same time means that AOD9604 has the potential to revolutionize the anabolic preparations market. Undoubtedly, it is an innovative and effective fragment of hGH, directly aimed at the intensification of fat burning processes.